There is one important aspect of healing the wounded child, in my own opinion that gets skipped over a lot of the time. From doing this work for years now and coaching hundreds and hundreds of people around the world who have different symptoms from the same exact wound, I’ve learned quite a lot and I want to share it with you.

But the biggest issue that I feel gets overlooked all the time, the one piece that actually starts healing our inner child (I’m going to write a book about this one piece) is to finally come to the understanding that we have to do it on our own. Someone can’t just tell us, it has to be inner experience.

WOW! It’s not my fault that I’m wounded. For some reason, in all my coaching, when people get to that point of saying, “Oh my God! The paper trail!” They follow the wound back to the wisdom they realize that it was never their fault that they were unloved.

Another wound that we have is self-sabotage. We sabotage relationships or things that are awesome in our lives, because we don’t believe we deserve it and we never are able to have it before.

And when we can remove that “bullshit” belief in my opinion, we start to be completely free. But removing that has high stakes. When we start to see that maybe it’s not because of me, that I have this wounding, it really screws up our entire sense of everything in that moment and that’s when people stop wanting to do the work, because then it becomes too big. It becomes… uh-oh the whole story I’ve told myself my whole life and have continued that pattern for so many years which created so many things that were painful. There were so many things that didn’t happen that I wanted to happen. That one belief isn’t really the truth then what was all this for? It’s too much to handle.

What I tell people when they get to that point in their healing – of really healing that original wound is that it’s okay, because you weren’t ready to see it and so you’re continuing to protect what I call the “tribal injury”. The injury that probably not only you and your family have, but probably multiple people. And the reason you have it is because other people couldn’t see beyond it to protect you from it, so they injured you as well. This is called the tribal injury – tribal wound.

So you are the light worker they get to see beyond the darkness, but first you have to see behind that crazy and must stop the beliefs that so many generations carry. It’s almost like genetic. It’s called emotional genetics, where people say, “oh yeah I have that, my dad has that, my mom has that…” It’s genetic. Whatever it may be.

We also have emotional genetics. Where if our parents had, let’s say this pattern of codependency, we will too because that is what we’re taught. That is the download that comes from that. So, it’s up to you to heal that and break out of that tribal belief and start thinking differently. What most of the wounds come from in childhood are from the belief that something’s wrong with yourself. Something needs to be fixed about yourself. Something needs to be different about who you truly are to get what you want, to get the love that you need and deserve.

So to heal this original wound, this inner child wound, we need to give our inner child the parent that it needed but never got. And what does look like?

Being totally non-judgmental with everything that you feel. Most of our issues come from judging what we feel, thinking… Uh… I did it wrong again – I did wrong again. I did bad, I sabotage again. What starts the healing is when you realize… Okay, I did that pattern again or I did that thing again or had that thought again. That’s okay. How do I want to do it instead?

And if I can’t do it differently instead what is that belief that’s holding me back from acting the way that I wanted to act. From responding instead of reacting. Why am I sabotaging? I’m sabotaging which is one of the wounded child’s favorite things to do. I’m sabotaging, because number one, I’m afraid that I’m getting more attention to that person than I give my inner child who needs it most.

So I’m a sabotage, because I’m extremely afraid that person will reject me too and then confirm my original lie to believe that there is something about me that needs to be different. Something that’s wrong. Something that’s not good enough. I’m going to protect that original story that was about me, because of me on the first place and I’m going to reject everyone else first.

When we take away that self-blame, we allow ourselves for the first time in our lives to start honoring ourselves regardless of what that means about anyone else and what they think of us.

It might be scary. I might not survive and I might not be safe. And what I’m here to tell you today is the only unsafety in your world right now is not being who you truly are and not shining.

You’re here to be the change and heal the rest of the people by being the example of who you truly are. 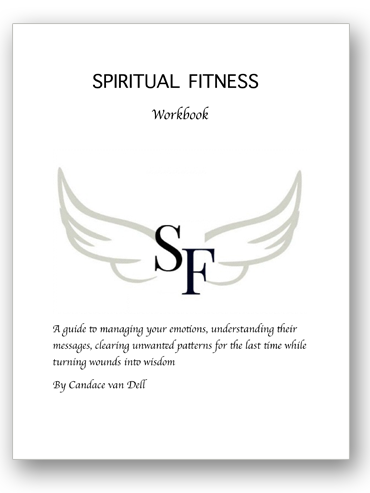